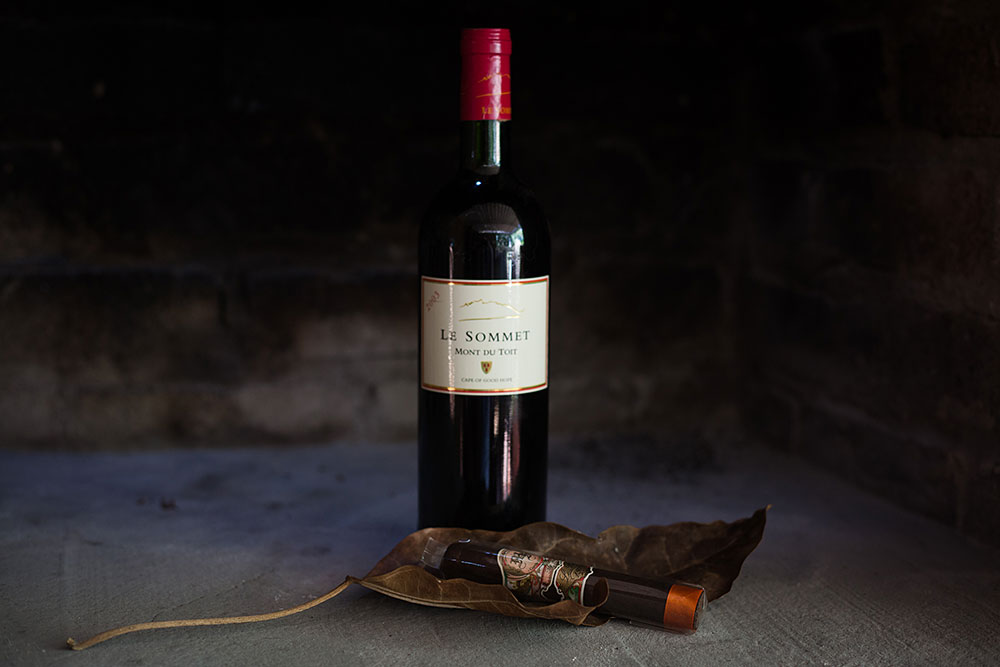 Every cigar you unwrap and light up is a moment to appreciate. The handwork is precise. Working with well-fermented leaves is a fine art. All cigars command attention. But a name like My Father immediately feels like there is more weight behind the origin. My Father Le Bijou 1922 Grand Robusto cigar by Don Pepin deserves a place in your humidor. It is everything you expect and so much more.

The My Father Le Bijou 1922 Grand Robusto cigar is dark with a coffee bean sheen. The orange foot wrapper and prestigious band demand your attention. It is a proud moment as you roll the My Father grand Robusto between your fingers. You feel the commanding presence of the cigar and admire the superb construction. 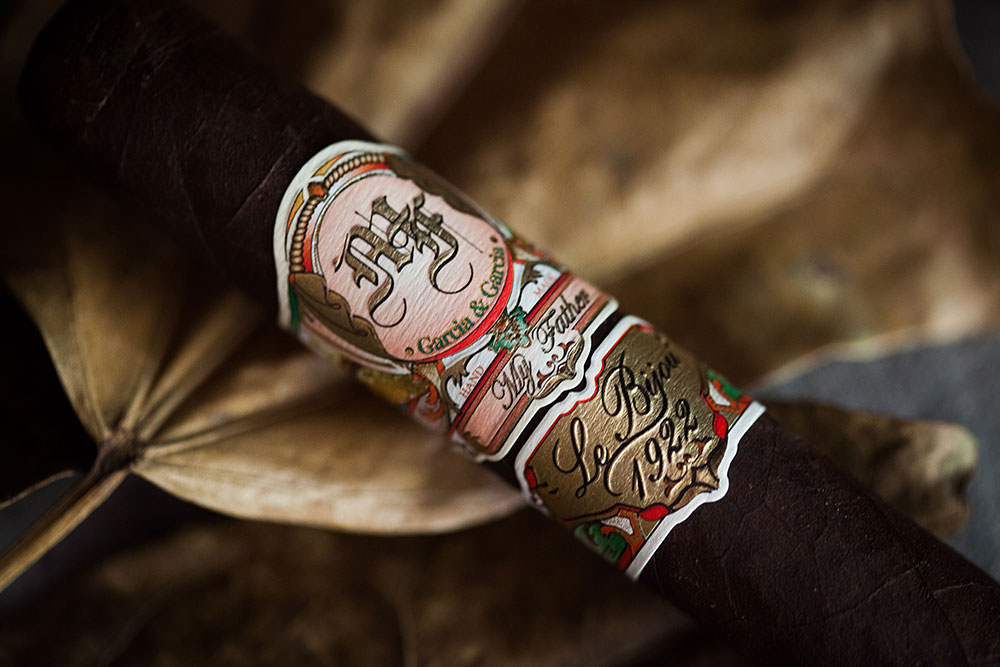 The cigar name Le Bijou means "the jewel" in French. The name refers to the delicate craft of producing quality cigars.

1922 was the birthdate of Jose Garcia, the Father of Jose Pepin Garcia. In 2000, Pepin was a cigar roller in a rural factory in Cuba. That changed soon after.

In October 1950, José was born in his grandparent's cigar factory. At the age of seven, he started to work with tobacco sorting leaves. At age eleven, he began rolling cigars. The factory name was Fabrica de Tabacos W de Eduardo Garcia. The brand was "W". His grandfather José Garcia sold cigars to Havana under the W name. Pepin worked in the factory during the day and attended school in the evenings. The entire family worked with cigars. 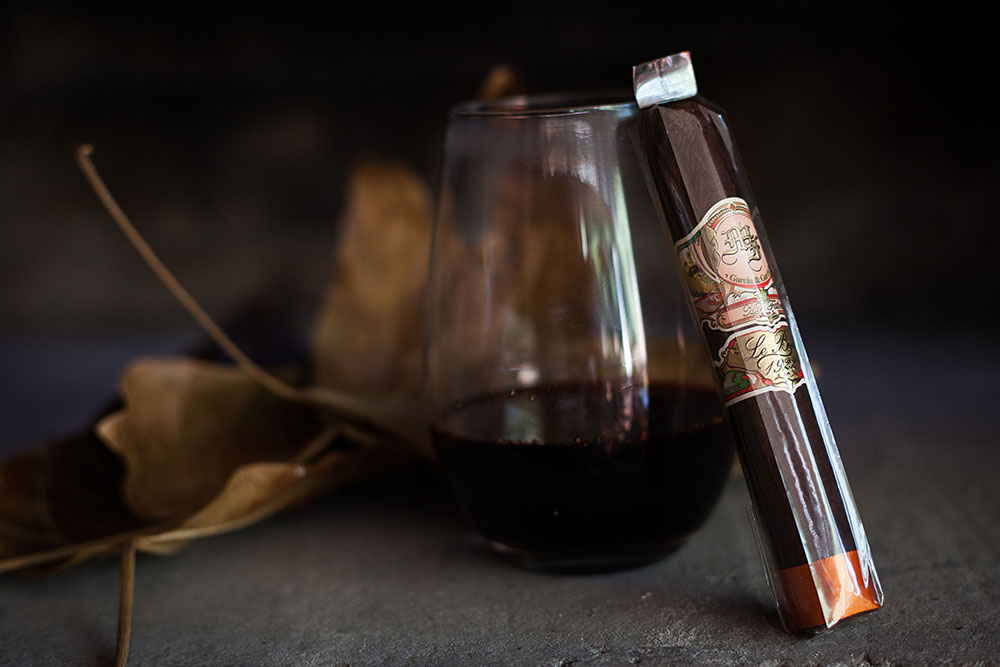 Jose Pepin emigrated to Miami. He opened a rolling gallery in Little Havana. José "Pepin" Garcia took on Pete Johnson's Tatuaje brand as his first client in 2003. They met in Los Angeles and started working together soon after. The original Tatuaje Selección de Cazador, or "brown label", started in Miami. Its small-batch, Miami-based identity is one of the brand's defining characteristics.

It all started when Pepin Garcia and Pete Johnson met.

Magic happened in Miami. With constant hard work, after two years, the cigars started selling out.

The demand outgrew the capacity at the tiny El Rey de Los Habanos factory. The Garcia family then expanded to Nicaragua. Only the Tatuaje "brown label" and Don Pepin Garcia Blue Label stayed in Miami. The Garcias soon moved from downtown Miami to an industrial park in Doral. 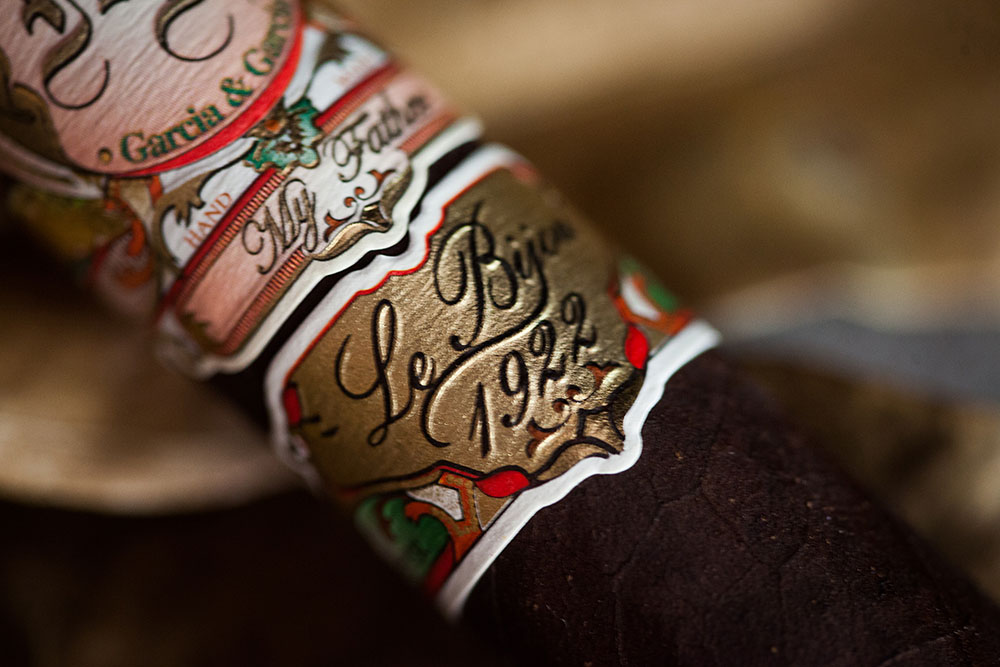 My Father Cigars factory in Nicaragua

The factory in Nicaragua ships finished cigars to the headquarters in Florida. Inside the Florida building, a small team rolls small amounts of Tatuaje and Don Pepin Garcia. Rene Dominguez has been making cigars with Pepin since before the Cuban Revolution. A friendship dating back to the family factory in Baez, Cuba. The room embodies tradition. The little factory is still called El Rey de Los Habanos.

The rollers concentrate on crafting either Tatuaje or Don Pepin Garcia Blue. Pepin Garcia has an affinity for Miami, the city that made it all happen. 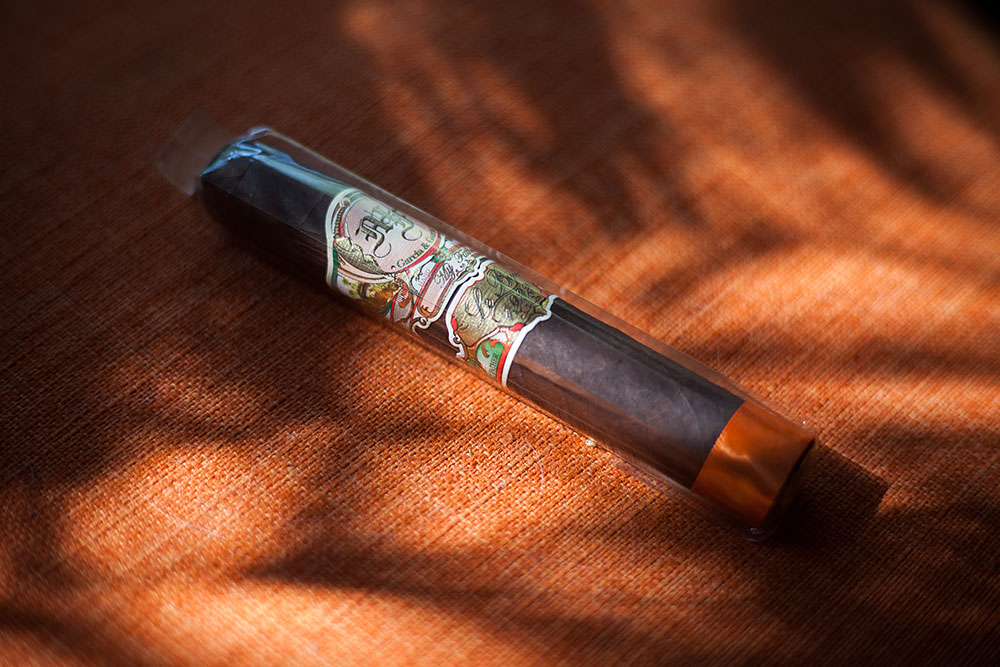 My Father Cigars Expansion in Nicaragua.

The increased success led to expansion in Nicaragua.

Don Pepin blends and handcrafts My Father cigars and in Estelí, Nicaragua. Pepin has spent a lifetime refining his talent as a master cigar-maker. Today, he continues with passion, making the best cigars with his family. Pepin's son, Jaime Garcia, oversees the farm. He cultivates and grows tobacco. After the harvest, he ages and blends tobacco on the family's estates. Janny Garcia, Jose Pepins, daughter, manages the brand's national salesforce. Together, the family continues a tradition that dates back to Cuba. 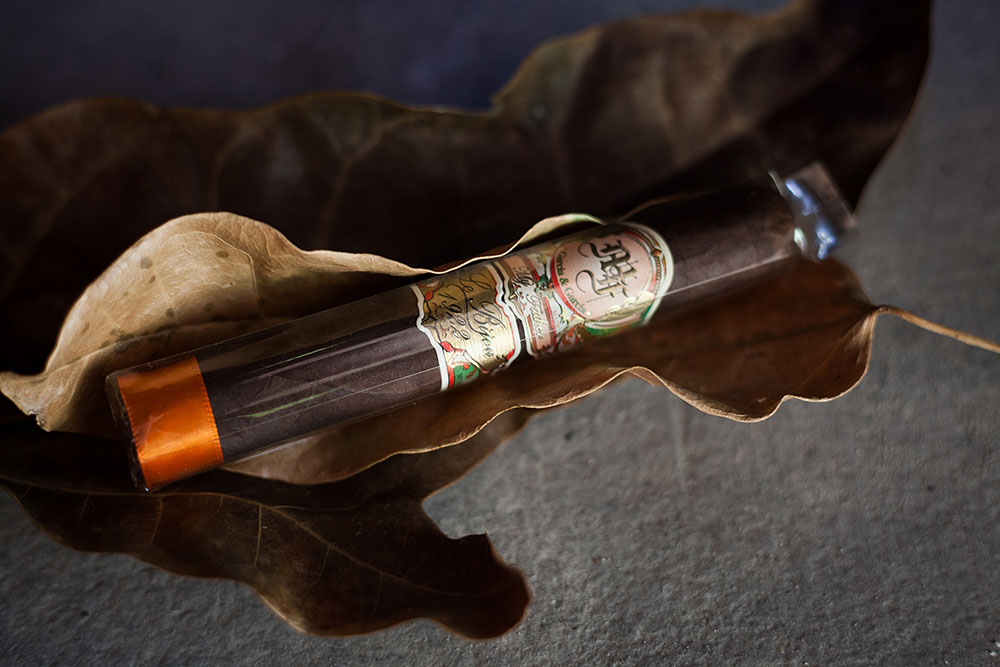 The ex Cuban first attracted attention with the Tatuaje Brown Line. Tatuaje production started on a small production site in Miami with Pete Johnson. Order soon flooded in from the renowned manufacturer Ashton Cigars. It also saw the beginning of the production of Pepin's blends under the name My Father. The giant factory in Estelí, Nicaragua, is home to the entire cigar rolling production.

José García has come a long way. Today he is an esteemed cigar maker of prize-winning cigars known globally. 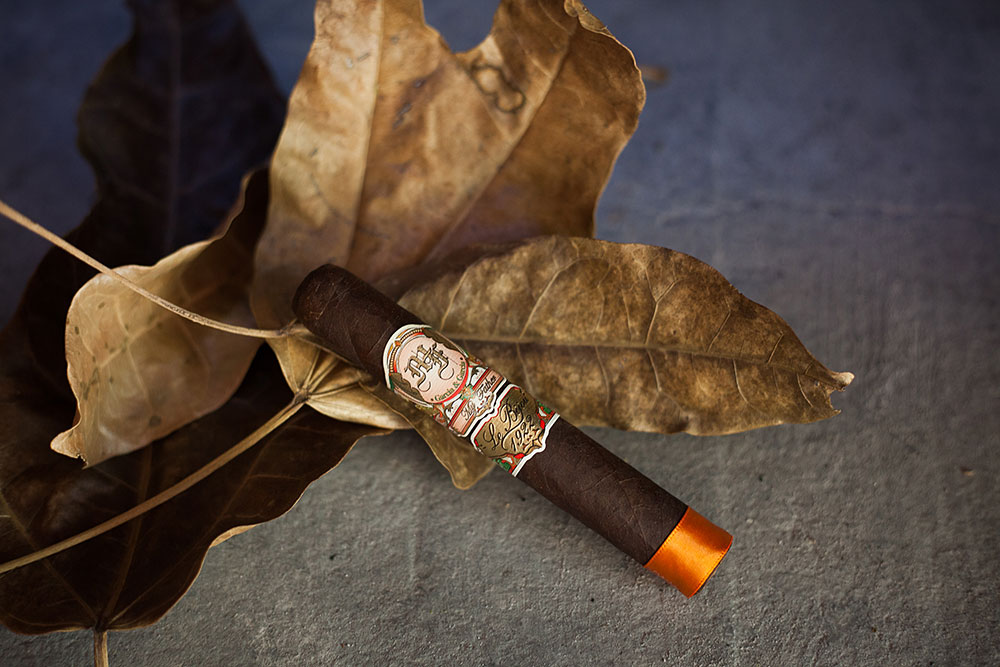 A V cut and roll on your tongue deliver balanced pepper spice. 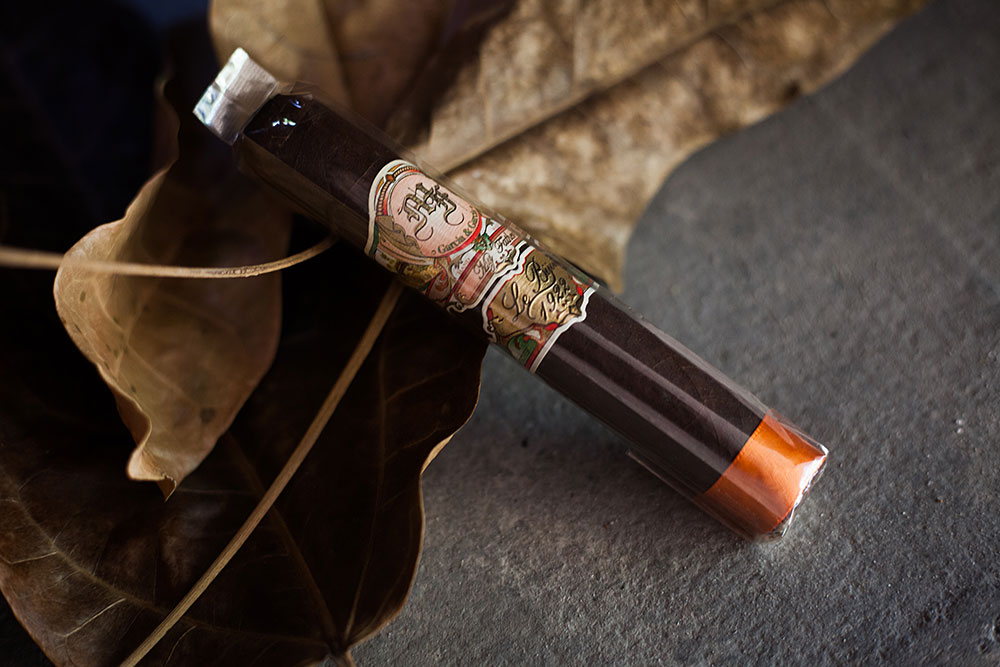 A cigar with good-looking construction. Excellent moisture and subtle but prominent veins in a dark wrapper with a glossy sheen. 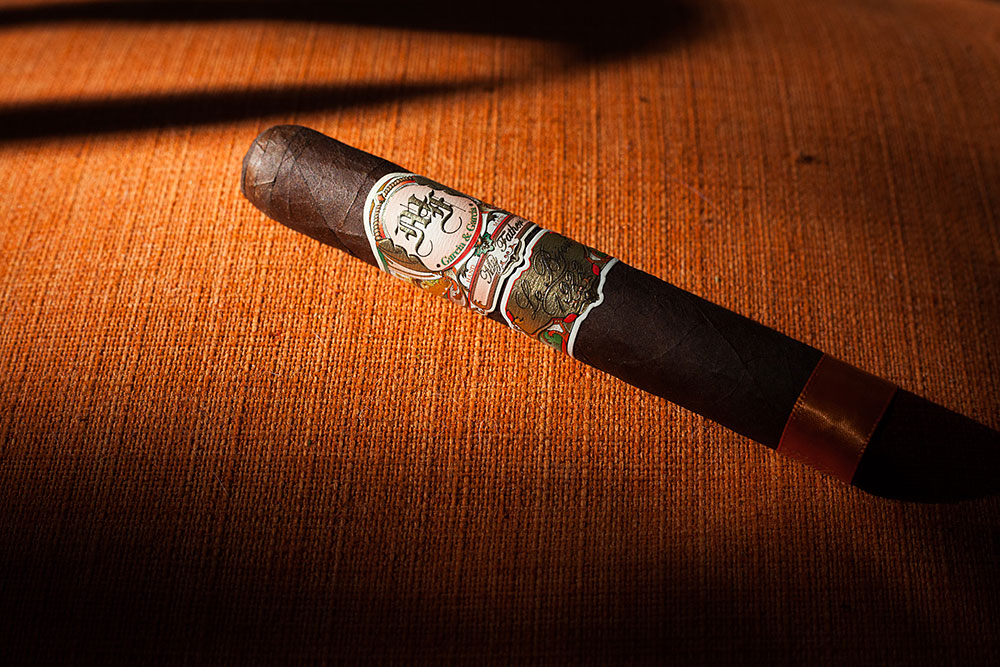 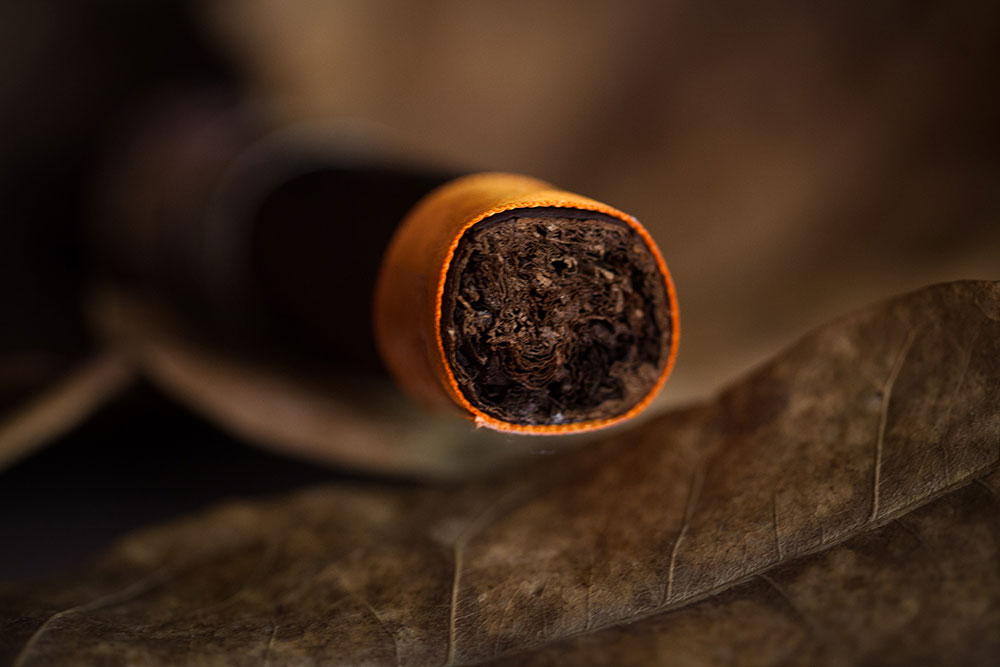 The dry cigar draw is effortless. Pepper spice mixed with the savoury mushroom roll over your palate. The cigar has a smokey barnyard and a spicy dry draw. It resembles full mushroom risotto flavours. 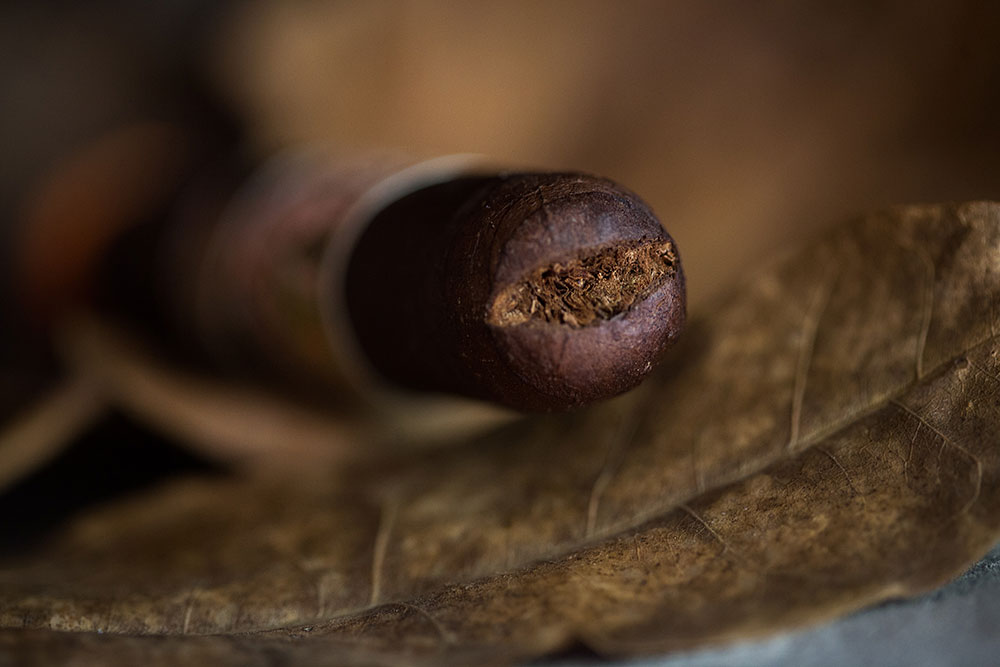 The cigars pepper spice tingle on your lips. The cigar is a slow smoking experience with a slow burn. It produces voluminous smoke. The glistening cigar draws easy and smooth releasing magnificent aromas while you puff.

The Robusto cigar is dark with an oily wrapper. There are strong notes of oak and damp earth. The rich flavoured cigar is an excellent choice for beginners to intermediate smokers. It looks bold but consists of balanced flavours. It is not a full-strength cigar. Don't let the darl wrapper mislead you. It is the ultimate blending craftsmanship rolled into a Robusto cigar. 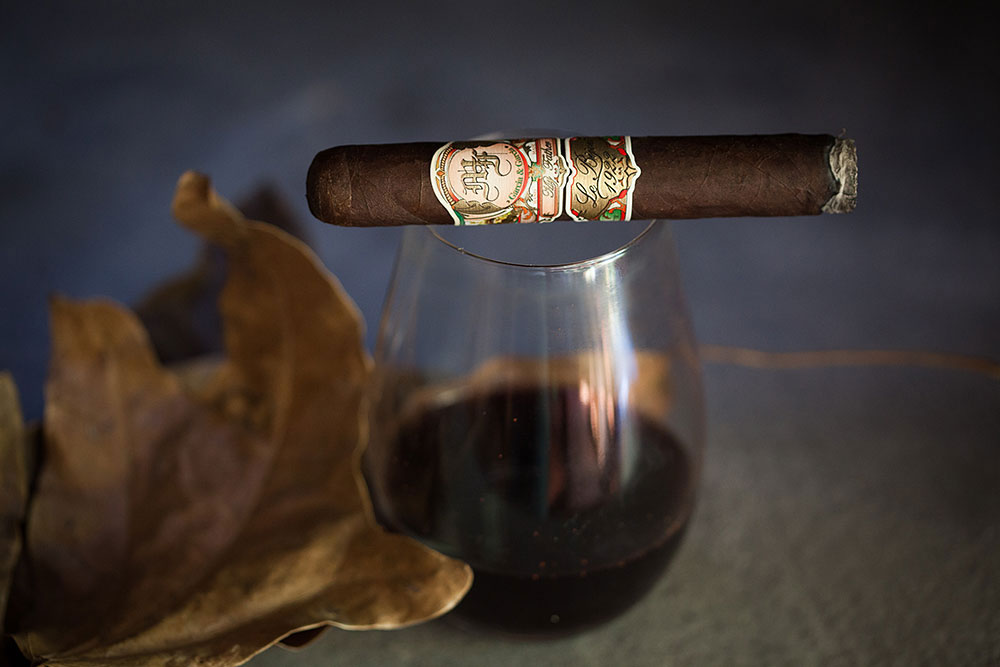 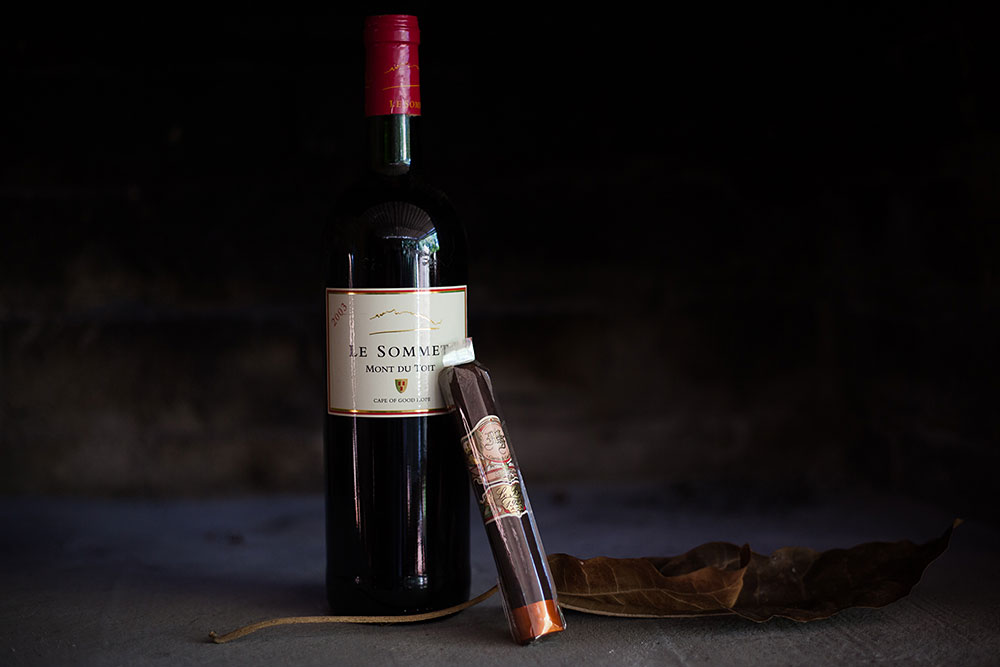 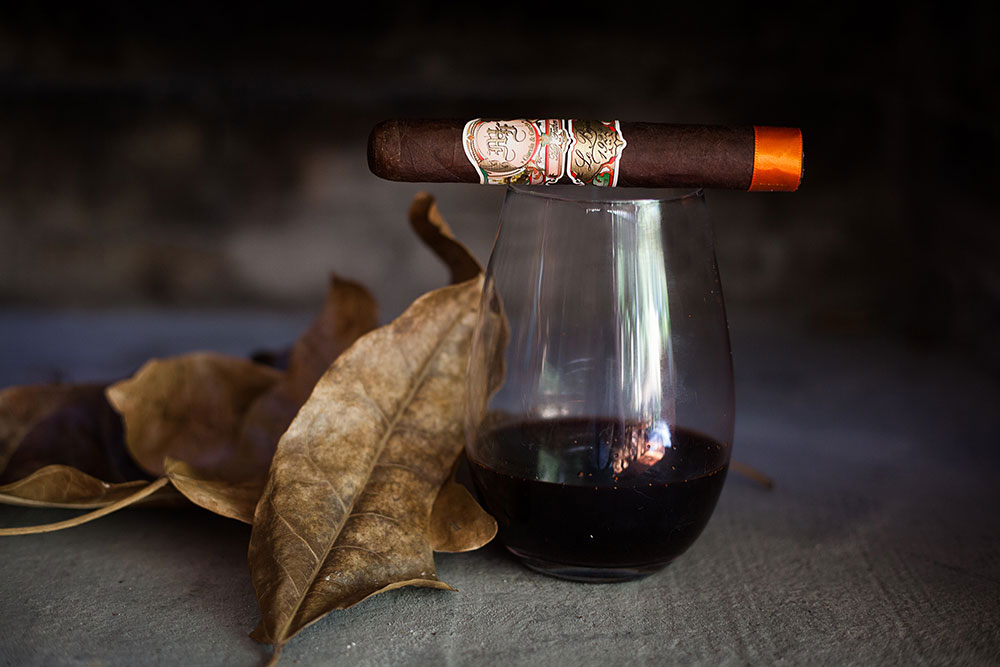 If you can buy an aged, Let Sommet Mont Du Toit Red Wine, it's a must. An exceptional wine aged to perfection.

A wine made only in exceptional years in minimal quantities. The wine displays all the impressive refinement and full qualities of Mont du Toit. A unique wine for a special occasion. You can age the wine for ten to fifteen years.

Wine farming is a du Toit tradition. A family farming for more than 300 years in the Cape. The French Huguenot founder of the family established a farm near Wellington in 1691. It was wild land filled with game.

The 23 hectares of vineyards lie at the foot of the Hawequa mountain, below the Du Toits Kloof Pass. The word "Hawequa" is a Khoi word, meaning the place of the murderers. The mountain gained the name from the poison-arrow bearing San Bushmen. They used to raid the Khoi in the valleys below.

An underground maturation cellar houses the Mont du Toit oak barrels for up to 20 months. The mountain silhouette is the Hawequa Mountain. At the same time, the French names honour the Huguenot heritage. The Khoi figure on the Hawequas label recalls the bond with the African sun.

The mountain inspires the theme for the wines names, the hill, the slopes and the summit. 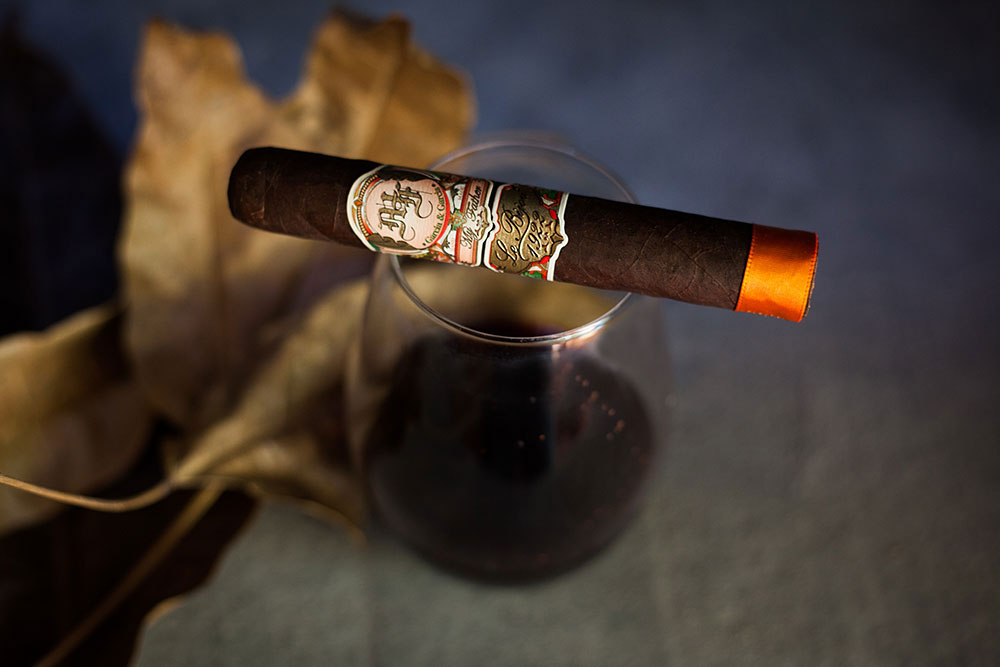 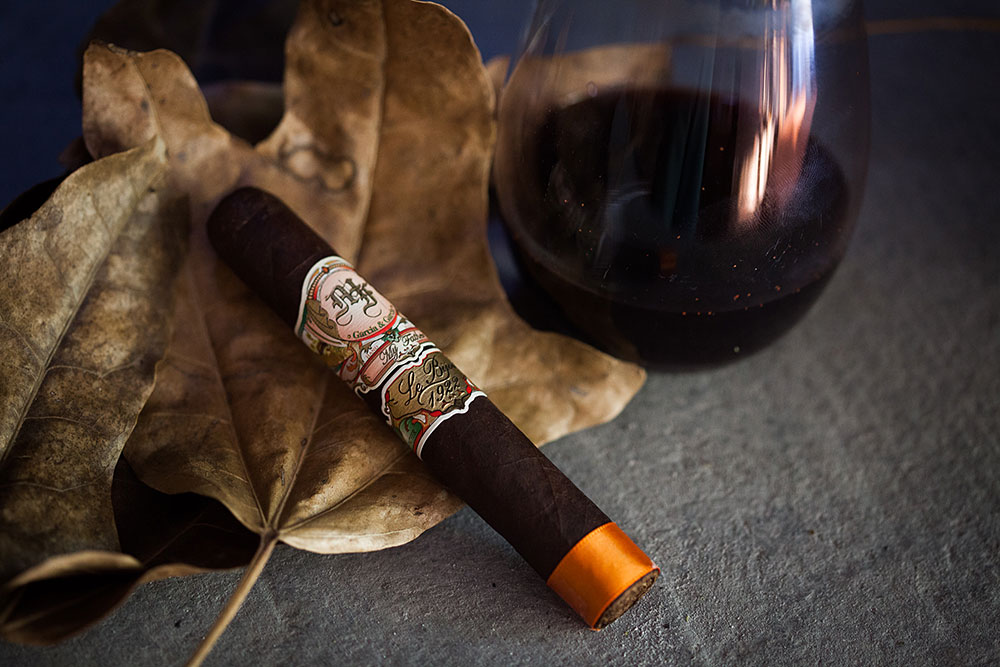 An elegant red wine. A Delicious, dry, but balanced wine with dried berry and cherry fruit on your palette. The balanced tannins consist of big flavours with a velvety red wine finish. 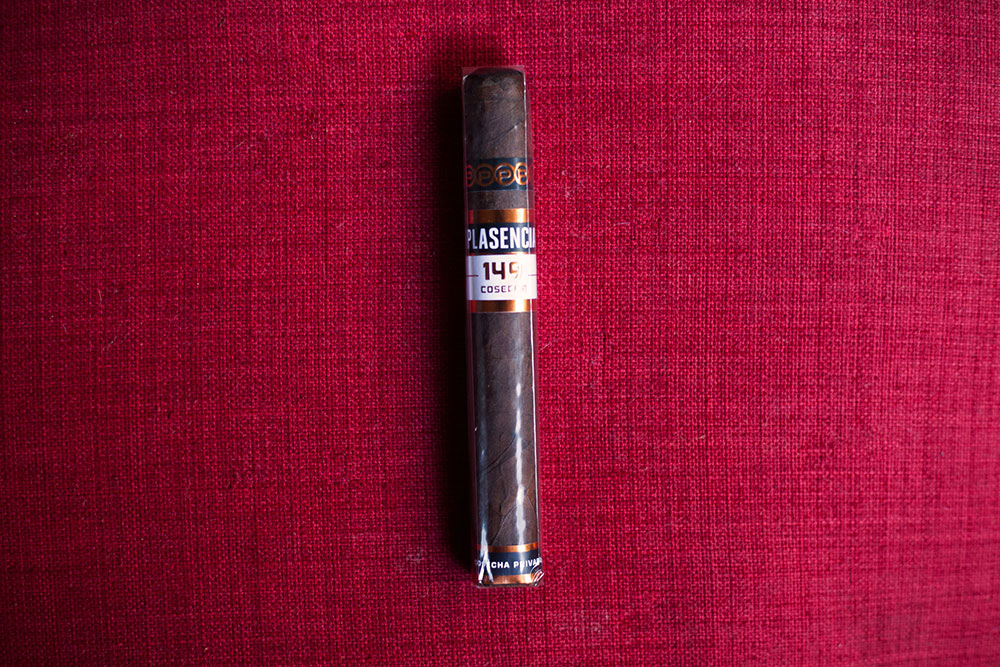 You experience the aged scents with dark berries and aged ripe dried fruits. The aromas of earthy spice and dry nuts swirl in your glass. The jammy character of the wine blends the scents of slow-cooked oxtail and berry jam. 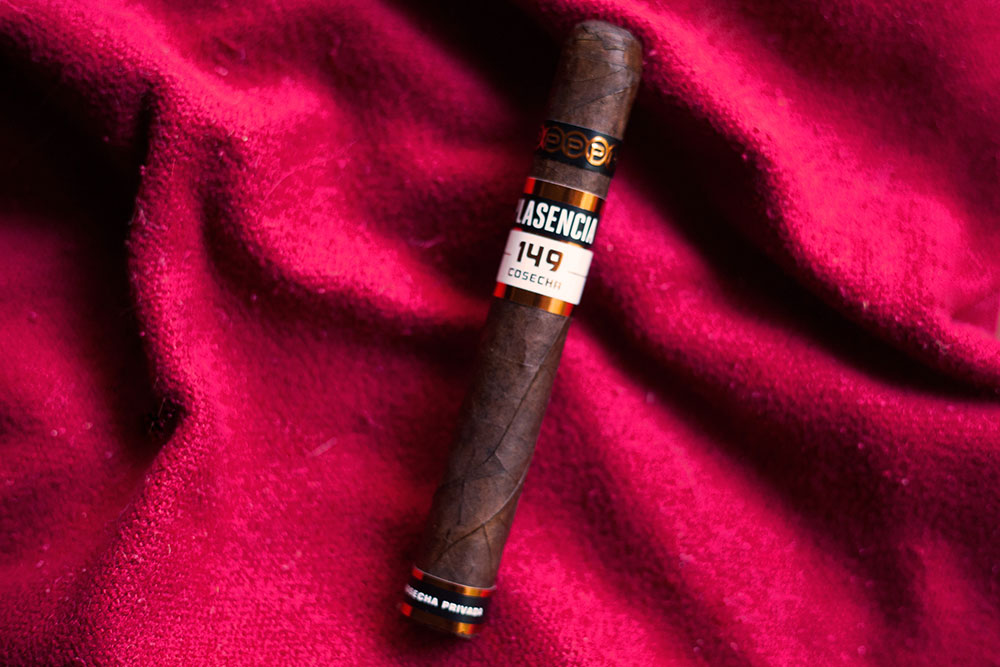 The taste is big and juicy. It is dry and smooth, with cherries on the palate. You taste aged oak and fruit blended into a soft, balanced wine. The ageing creates silky tannins while you savour every sip. 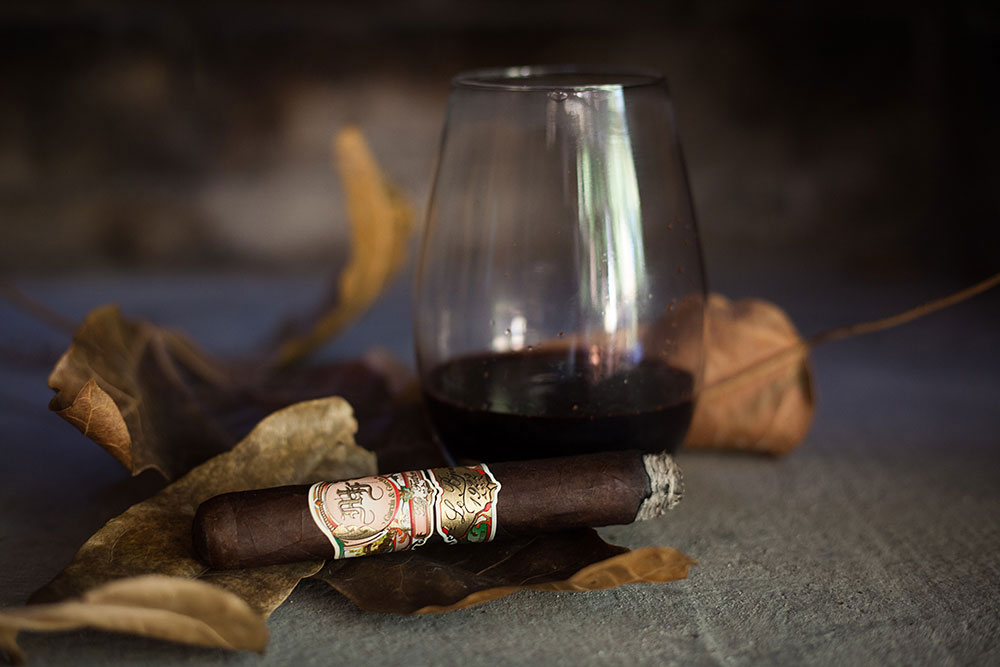 The wine taste is full of cherries with an aged woody character that blends with a nutty butter taste.

The combination is a fruity flavour from the red wine with peanut butter and sweet smokey spice. It is a rich, flavourful pairing without the wine or cigar overpowering any of your tastes.

A rich espresso flavour develops in the cigar without being bitter. There is a good amount of pepper from start to finish while you smoke the cigar. The Rich earth and pepper notes make the cigar a silky smooth slow smoke. 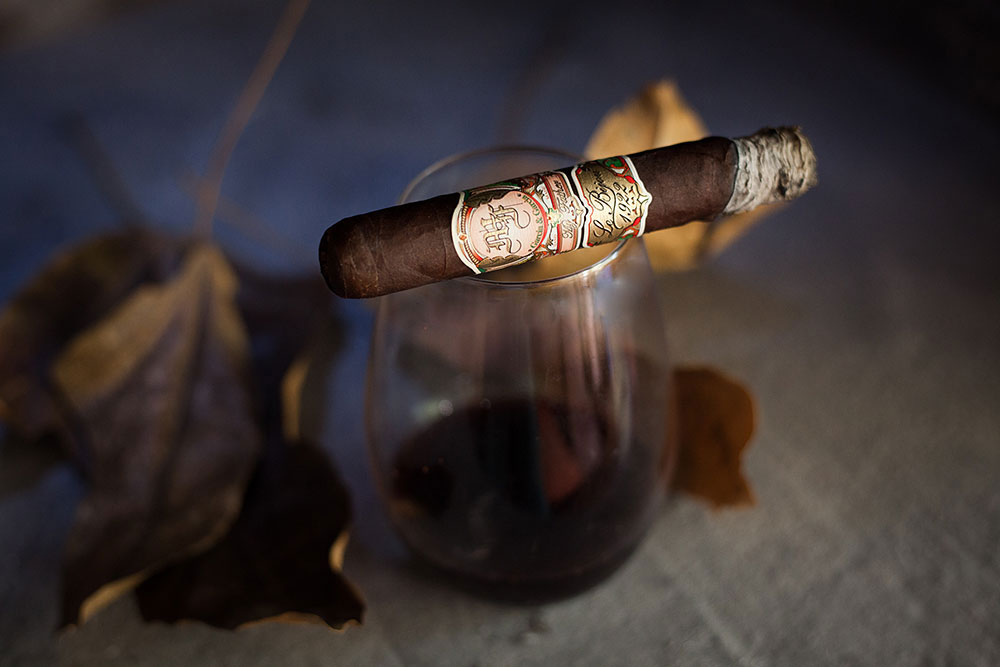 The wine drinks light with full-body characteristics. It is dry and fruity with cherry jam flavours. The fruit skin taste becomes more prominent as the wine warms in your glass. 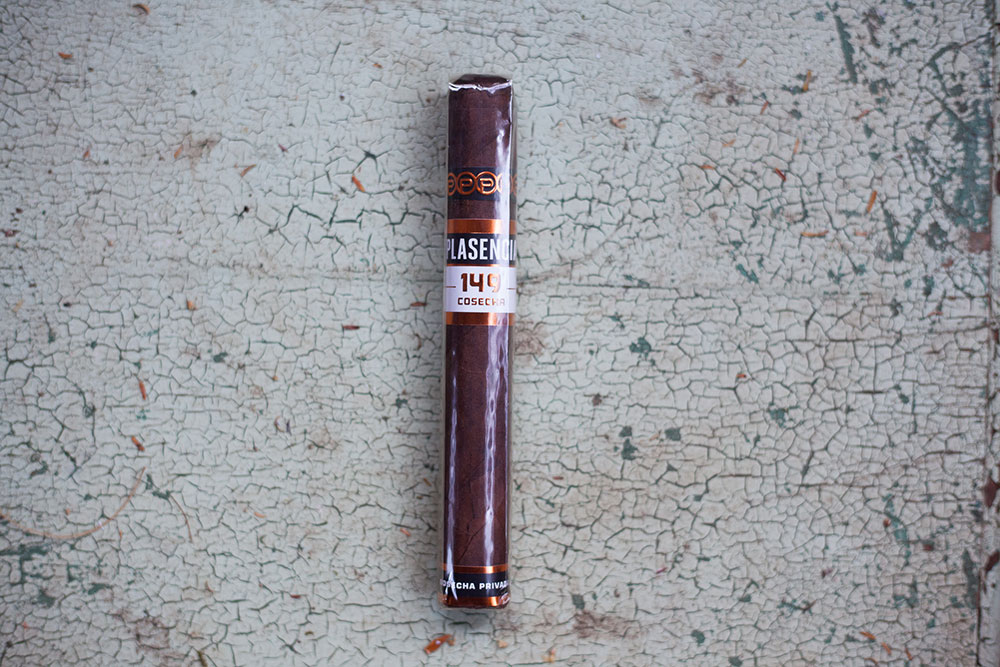 The My Father Le Bijoy Grand Robusto is a balanced light smoke experience with smooth nutty and coffee flavours. The cigar smokes slow from start to finish releasing subtle flavours.

The dark grey ash develops velvety waves showing the perfect rolled construction. The cigar ashed by itself, releasing a new burst of flavours after the ash dropped. 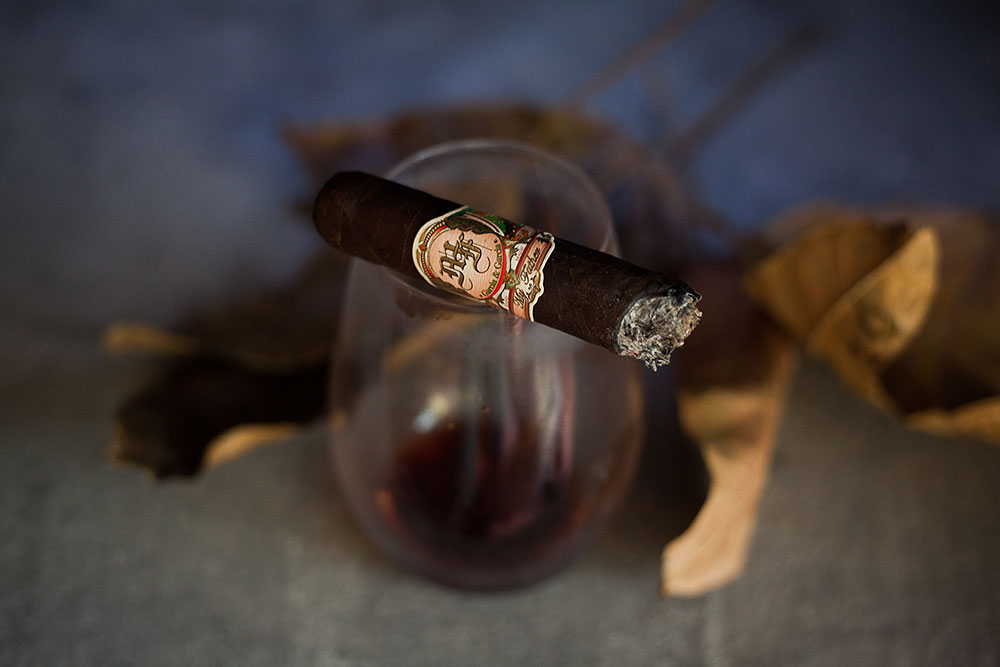 It is a cigar with near-perfect construction and an effortless draw. Silky smooth with incredible subtle flavours releases with every puff. Pair your My Father Le Bijou 1922 Grand Robusto with a coffee, red wine or your favourite sweet spirits.

An aged wine will pair best to enhance your smoking experience.

Click the link to shop the selection of My Father cigars. 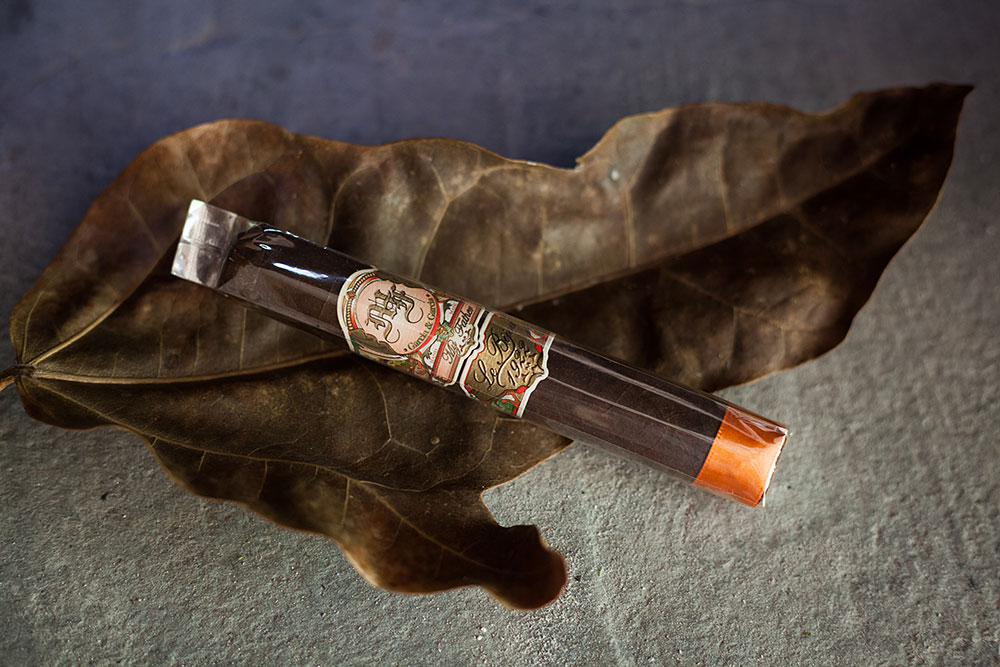