Don Pepín Garcia, the cigar legend, has taught his son Jaime every facet of expert cigarmaking. The Jaime Garcia range honours the father-son relationship. Due to its enormous success, the premium cigar went into full production for you to smoke.
The Jaime Garcia cigar has a dark, oily Broadleaf Maduro wrapper combined with flavorful aged Nicaraguan long-filler tobaccos. The Cigar is aromatic with top-notch construction.
The binder is thick and meaty, making it an aromatic medium to a full-bodied cigar.
As you light the veiny oily Cigar, you taste plenty of earthy, spicy, and sweet flavours from the first puff. The premium cigar earned an impressive 90-rating in Cigar Aficionado magazine. 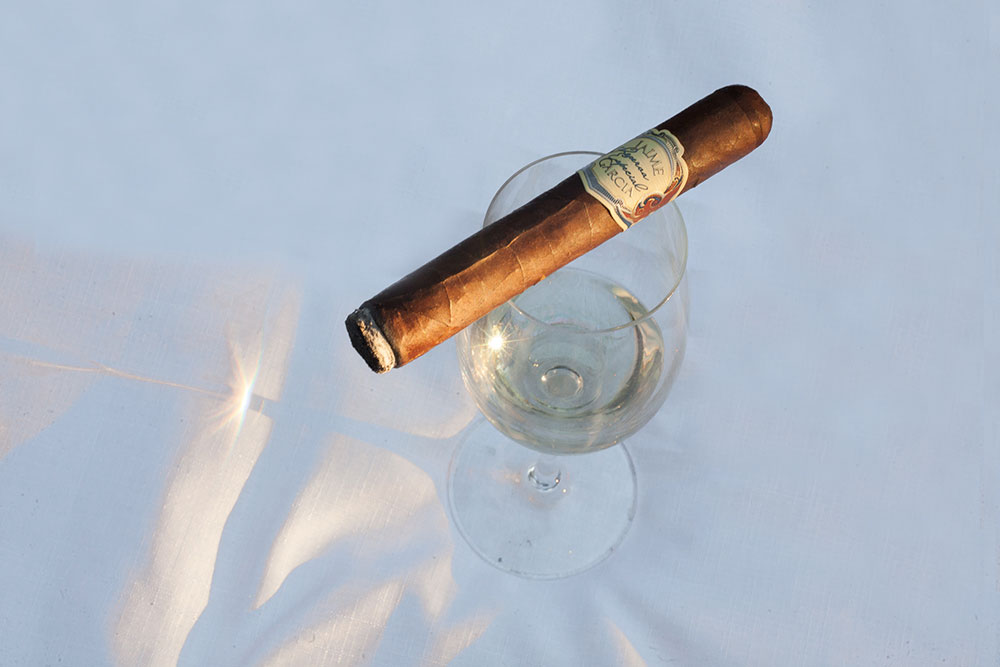 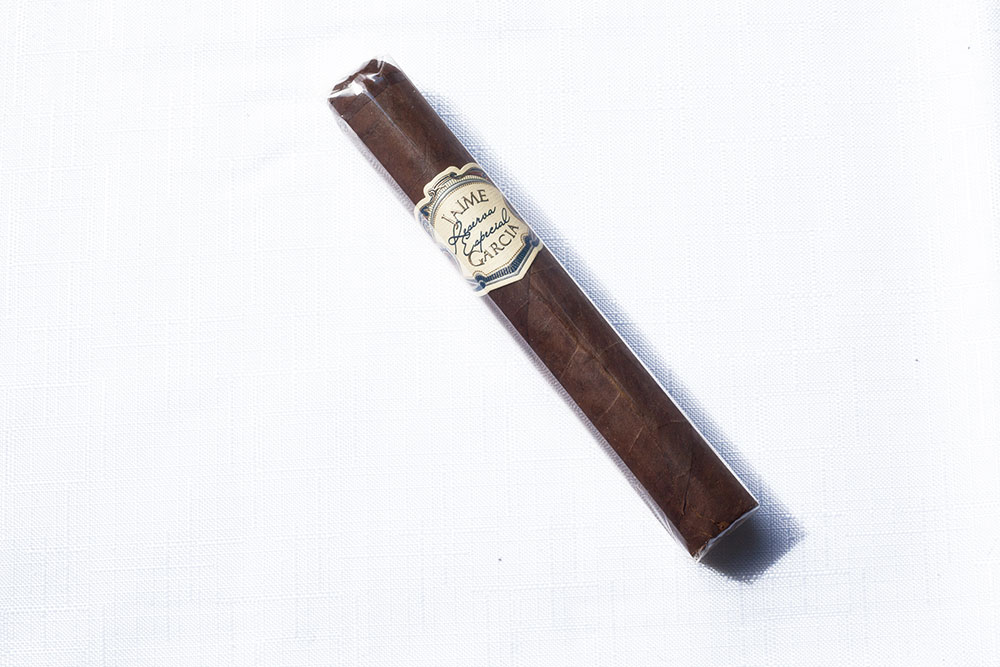 Jaime Garcia Reserva Especial is a blend considered a smoker's Cigar. The Cigar brings together the essentials of great cigarmaking with complex tastes.
It has meticulous construction and an affordable price tag. The dark and chunky Toro Gordo is the bestseller in the series.

The acclaimed father-and-son duo have received many top ratings over the past twenty years.
They produce the My Father portfolio, Pepin and Jaime Garcia. In the collection, they received two Cigar of the Year titles.
Flor de las Antillas (2012)
My Father Le Bijou 1922 (2015). 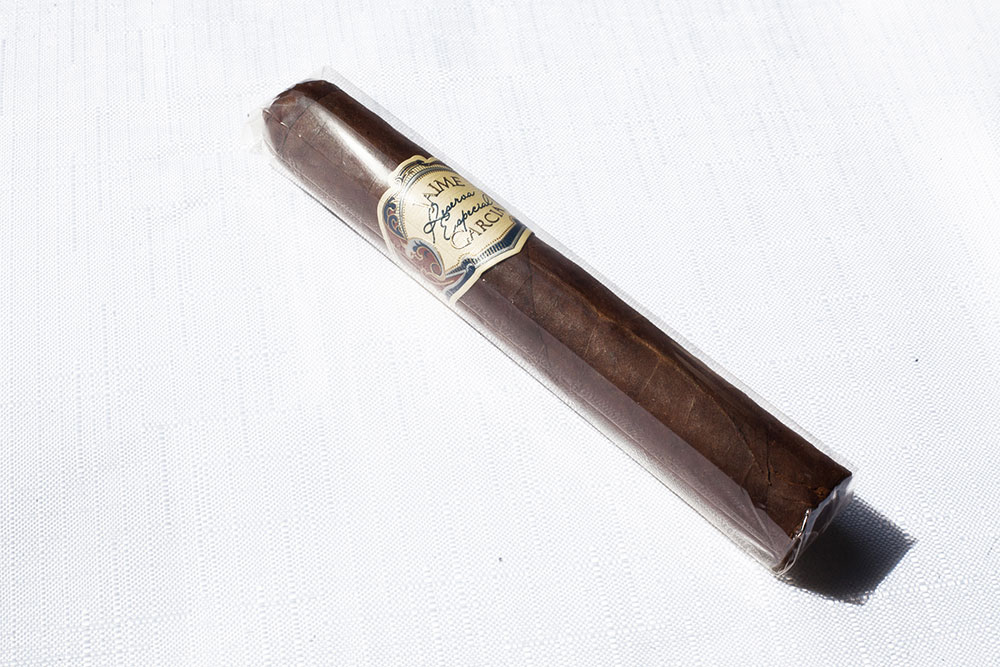 Garcia had a reputation as one of Cuba's most talented cigar-makers before the family arrived in the U.S. in the early 2000s.
His son, Jaime, has been crucial in establishing the pair as makers of the finest Nicaraguan cigars.
They rolled the Jaime Garcia Reserva Especial exclusively for an event in New York City in 2009. The Cigar was a hit. Jaime decided to release the blend as a production cigar. The Reserva Especial is handmade in Estelí, Nicaragua. 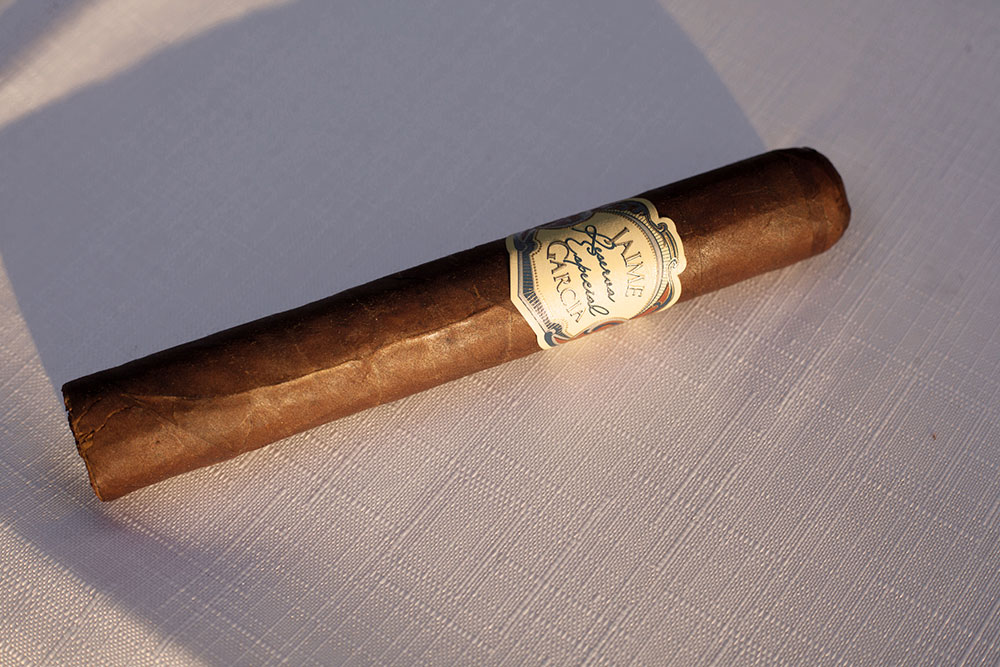 A Connecticut Broadleaf wrapper covers a blend of premium Nicaraguan long-fillers. The long filler tobacco grows on the Garcia family estates and ages until optimal smoothness.
A cream-coloured cigar band announces the brand with silver and navy blue lettering on the front. The cigar has a classic and tempting look.
The Reserva Especial reflects the supercar standards of Garcias cigars. The Cigar's well-aged Connecticut Broadleaf wrapper enhances the cigar profile with meaty and herby flavours.
The Garcias roll for maximum airflow and balance. They use the entubado method. This rolling method is time-consuming and requires advanced training that delivers superior results. The Jaime Garcia cigar's firm composition is a testament to the craftsmanship of the rollers at the My Father factory rollers. 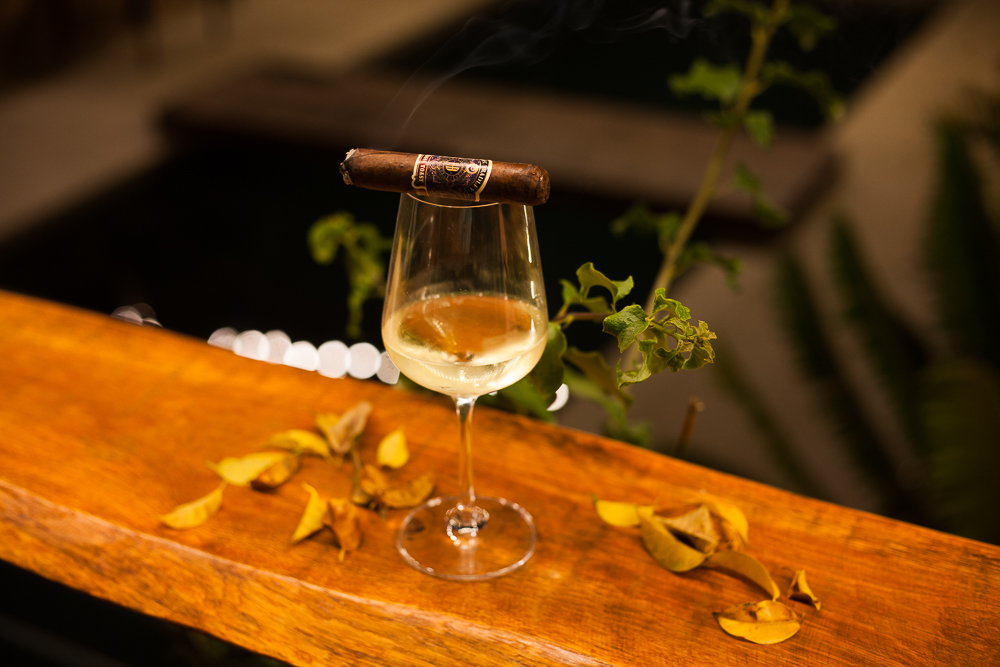 A meeting of two worlds.
The story began in 1997 when Anton Rupert and Baron Edmund du Rothschild partnered.
The Rothschild family’s winemaking history started in France. James de Rothschild purchased the premier Bordeaux estate Château Lafite in 1868. A love affair with wine continued over 100 years later by his great-grandson, Baron Edmond de Rothschild.
Driven by determination and optimism, the late Dr Anton Rupert was an esteemed entrepreneur. Apart from building thriving businesses, he and his wife, Huberte, invested in people, art and South African wine.
In May 1997, the founders formalised their partnership. They found the perfect site in Franschhoek at the foot of the Simonsberg mountain. They committed to a simple and elegant approach. Create three wines, two Bordeaux blends and one Chardonnay. The three wines express the full potential of the local vines. 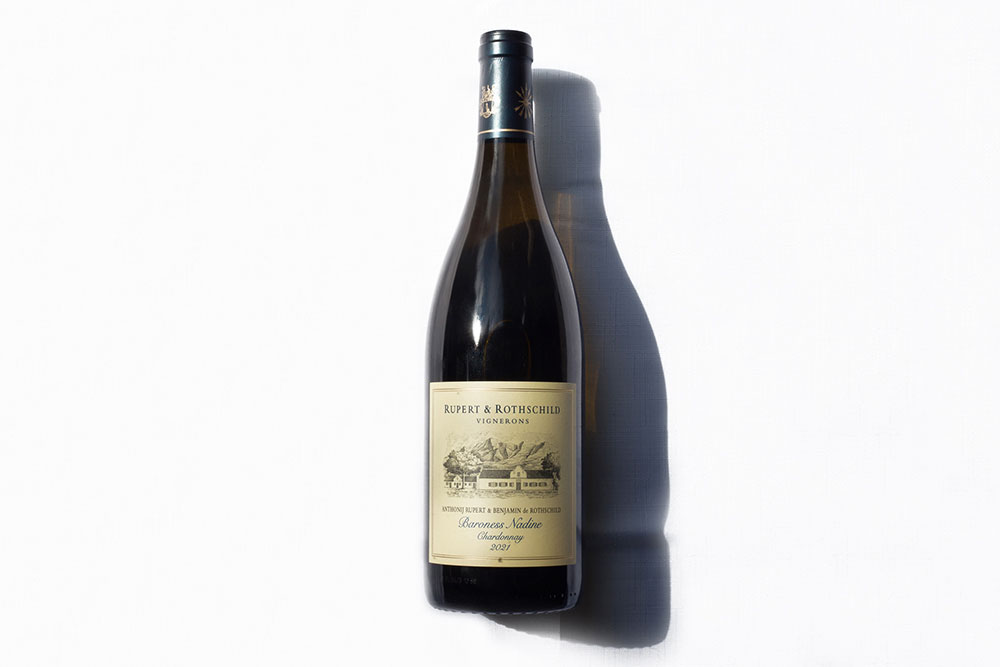 Baroness Nadine Chardonnay
The golden coloured Chardonnay has vibrancy and sophistication. It is a Chardonnay wine with timeless elegance and grace. The classic wine offers charm and composure. 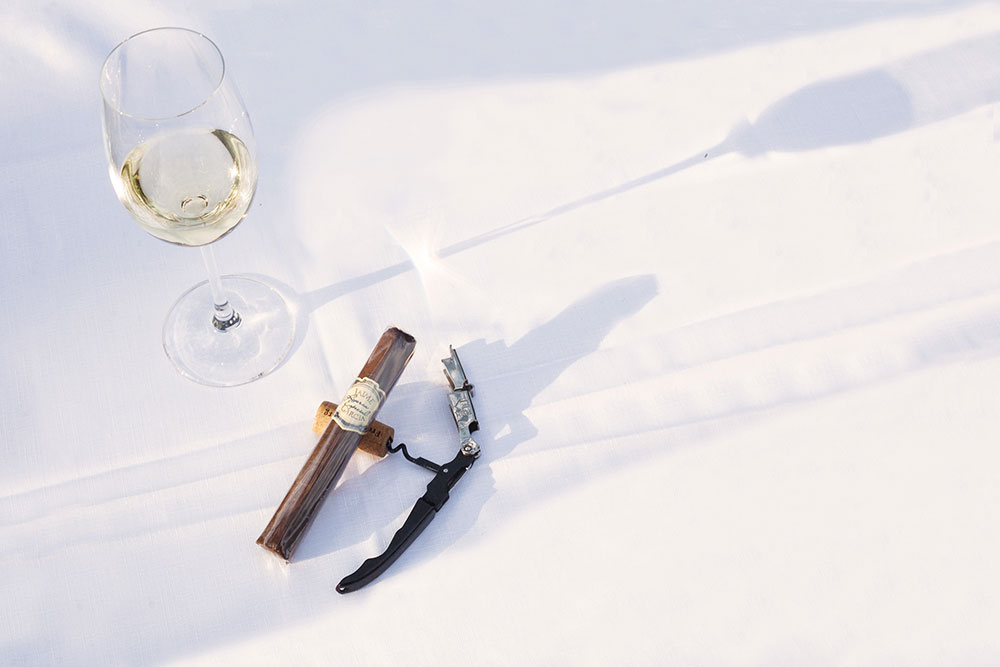 Less is more.
More layers. More complexity. More time, attention, and care. More clarity. More consistency. More quality.
Only focussing on three wines allow special attention. The simple focus provides attention to every barrel and tank it deserves. The farm's winemaking team focus on all the small details that make a difference.
The wines consist of layered complexity resembling the farm's history. The goal is to respect and preserve the fruit's purity and create elegant wines. Create wines that are consistent and sophisticated with alluring characteristics. 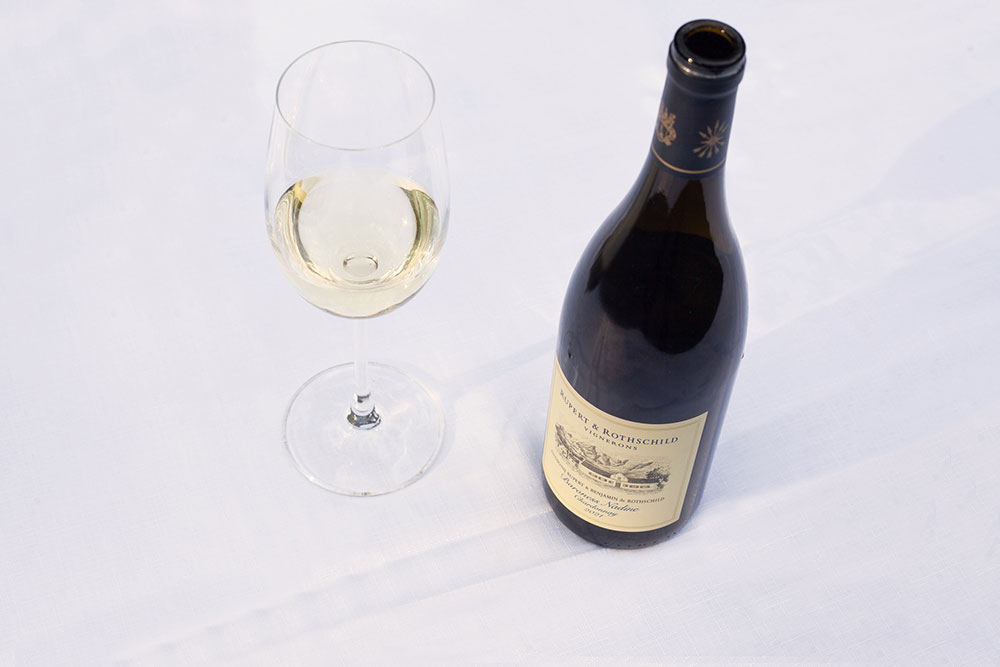 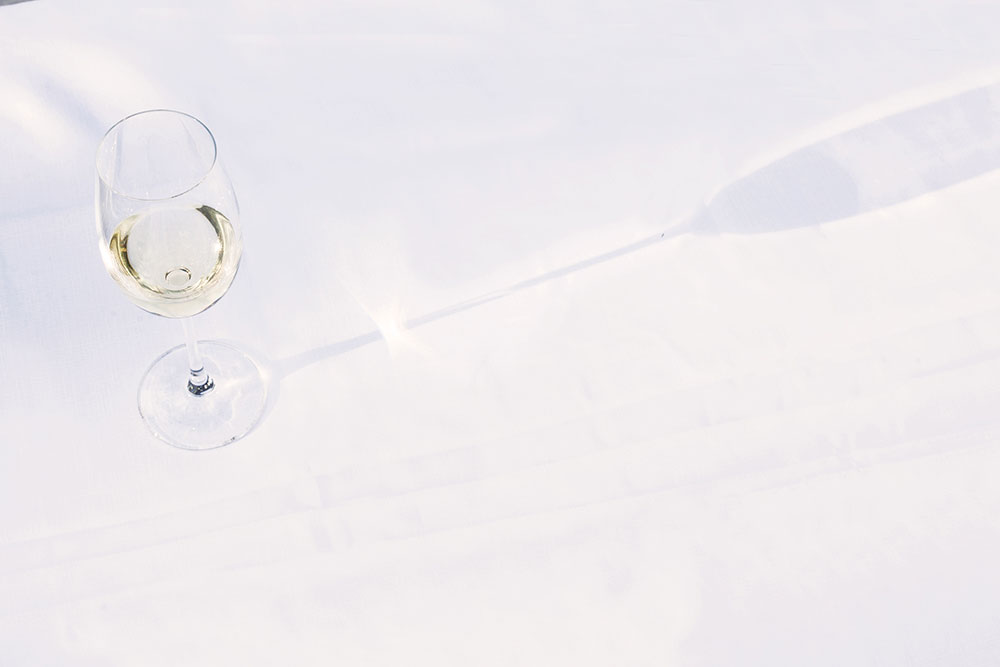 At first, the taste of overripe bananas fills your mouth. There are full buttery and oaky flavours that develop with each sip. The wine has balance with subtle acidity on the aftertaste enhancing the full, rich flavours with the lingering vanilla buttery tastes.

The big gauge cigar has a veiny and oily appearance. 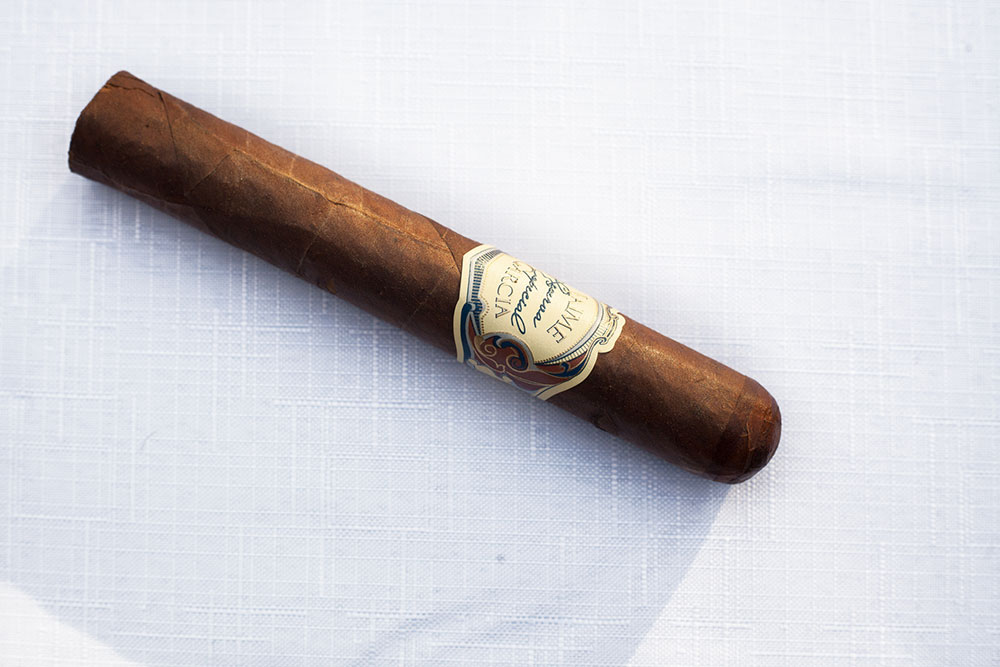 The Cigar has a spongy feel filled with moisture as you unwrap the cellophane. The Cigar has subtle rich smelling tobacco aromas. Scents of hay and dry barnyard blend with meaty aromas. 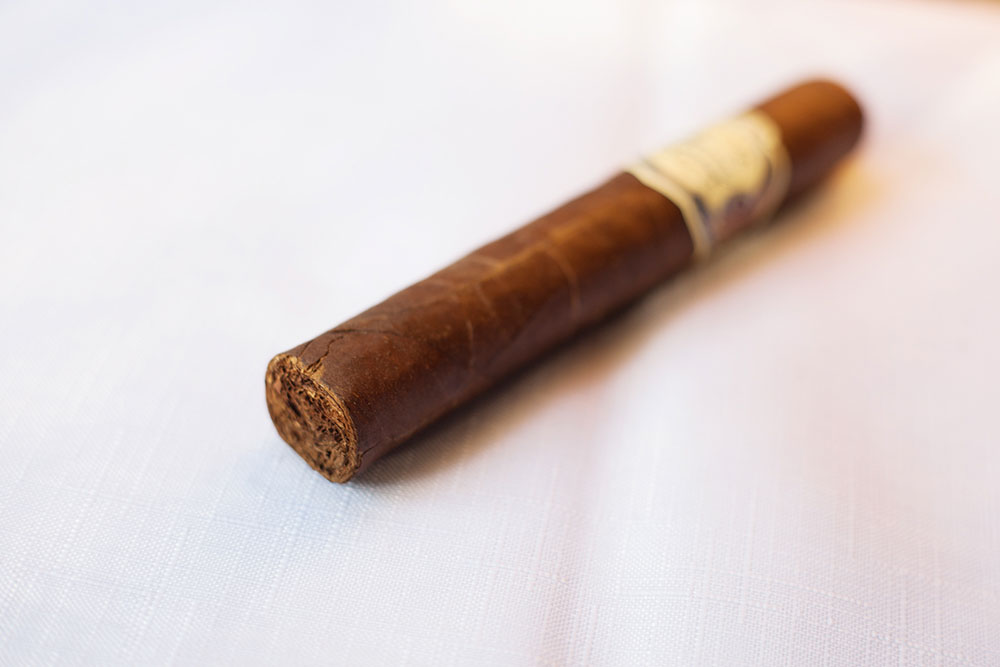 The Cigar has an easy draw for a big gauge cigar. The hay grass and meaty caramel flavours continue on the dry draw. 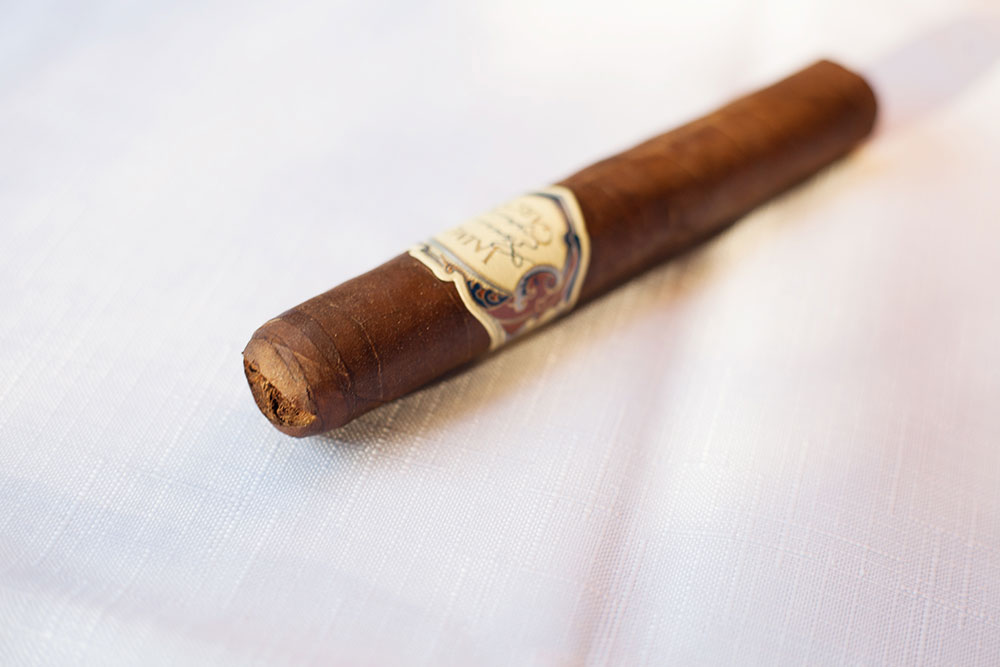 The Cigar feels lux and stately in your hand. It feels like smoking a super constructed classic big cigar.
It is an easy smoke. The Cigar is dense but smooth and tastes like fluffy, soft vanilla ice cream. It has subtle rich flavours with a creamy and medium to full flavour quality. 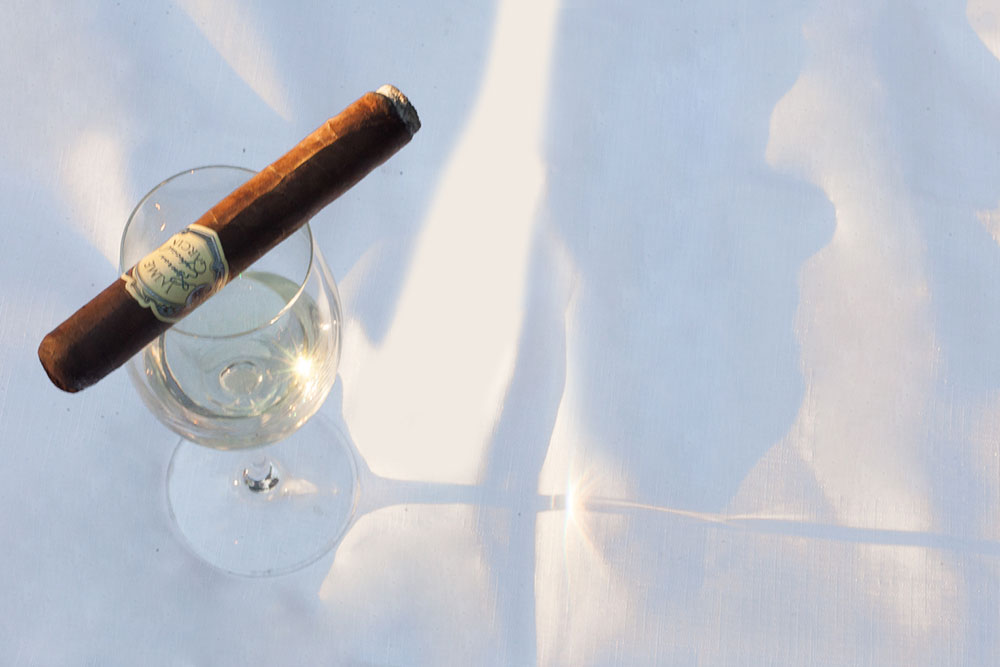 What pairs better with a cigar than Chardonnay wine? My personal opinion, almost nothing. But then you have to be a wine lover or enjoy the smooth pairing flavours. 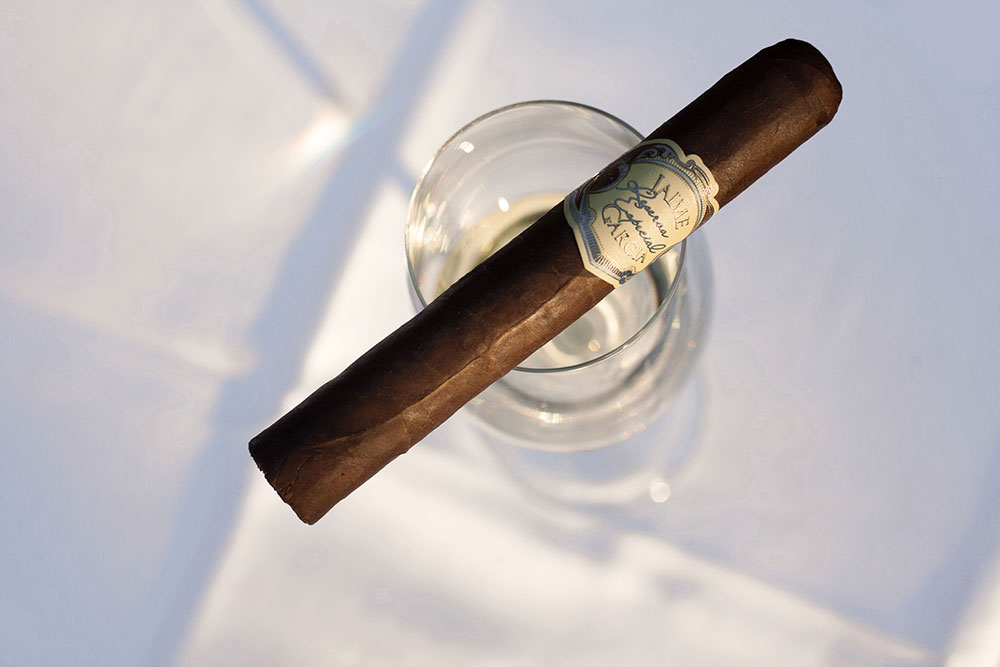 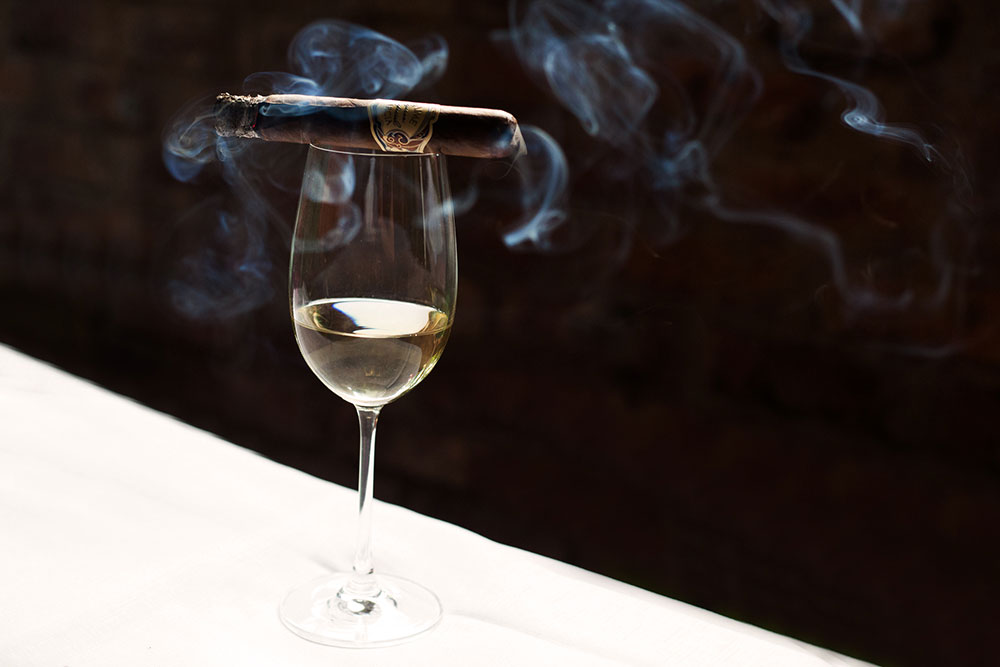 The Cigar is a classic big cigar that smokes smooth and rich. The ash is soft and flakey, resembling the cigar smoke. Subtle grilled flavours evolve into the Cigar.
The Cigar showed a herby character on the finish. The strength feels mild but gets bolder when you smoke the Cigar hot.
The pairing is incredible. The wine gives a full waxy and buttery taste combined with the classic, smooth smoking cigar.
Food pairings:
Garlic bread
Macaroons 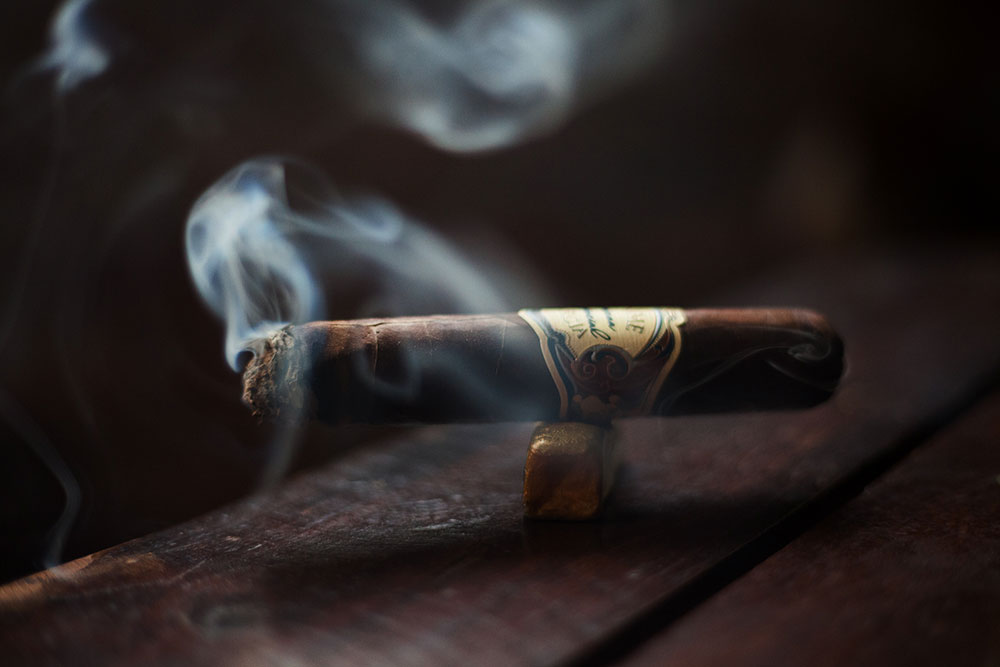 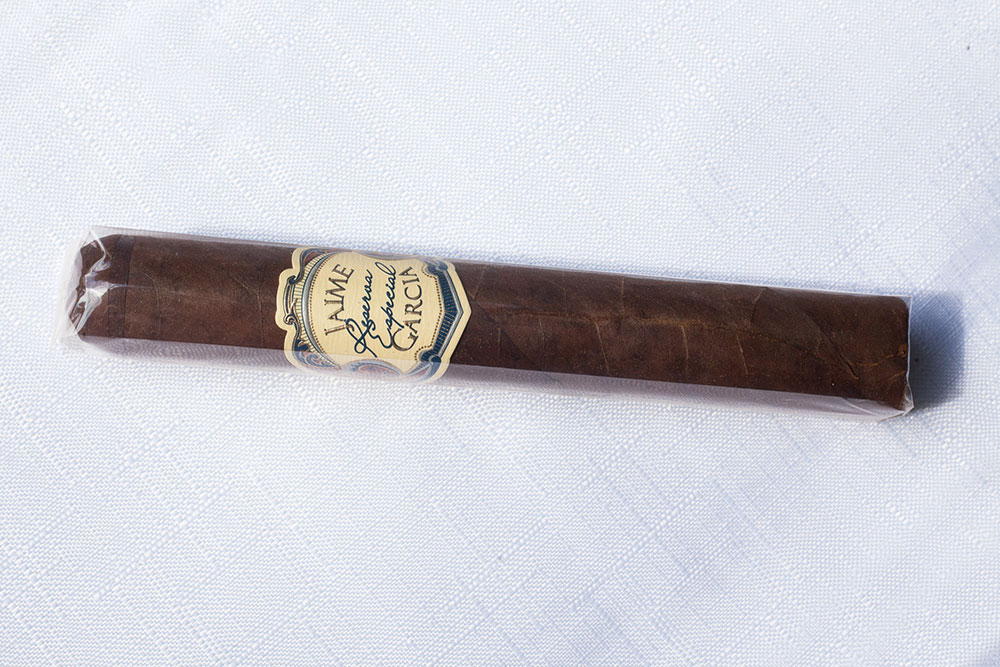